How To Roll A Joint Perfectly: The Most Immersive Guide Ever

Weed or marijuana use for relieving stress and spending a laid back moment is not a young concept, as many would argue. However, smoking the herb rolled in a paper is certainly not an old … 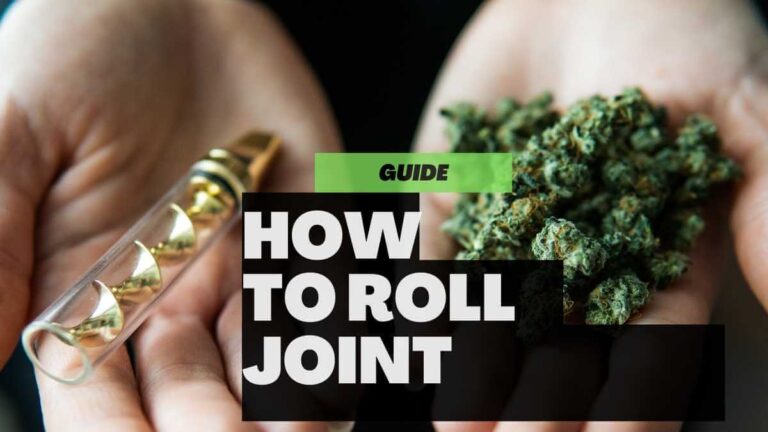 Weed or marijuana use for relieving stress and spending a laid back moment is not a young concept, as many would argue. However, smoking the herb rolled in a paper is certainly not an old one. It wasn’t until the Spanish rolled it out commercially around the first quarter of the 18th century.

The rolling paper soon started to gain momentum but mostly among tobacco smokers. As the contemporary world acquainted more and more with marijuana use, the rolling papers soon became a huge hit, especially among the daily tokers and occasional hipsters.

If the marijuana movement has hit you, but you still can’t figure out how to roll a joint perfectly, then this guide is for you.

It would be misleading to say that you can just crumble some weed buds, put them in a paper, roll it and puff it. Amazing, it may sound, but rolling a joint needs some preparations. Not the kind of preps that you’d do for your SATs but, still preparations.

For instance, you should check the quality of the weed before you crush it and roll it. Weed varieties such as Blueberry Cookies Strain are dry enough to be crushed easily, while moist enough to give you amazing flavours. You should indeed look for a variety that does not give away large amounts of resins when crushed.

Take your high-quality buds out of the packet and crush it. There are two possible ways you can do this. One, you can crush the buds with your fingers. Simply take a bud in your fingers and press it while you move your fingers as if you’re snapping them. The only thing you need to make sure is that the buds are almost dried out. Wet or moist buds would be too difficult to crush with bare hands. Or alternatively, which is also the second method to crush, is using a crusher, or as they are more commonly known as grinders. You can find plenty of acrylics, wooden, or metallic crushers online and offline. A crushing tool is very handy if you prefer your stash buds to be slightly moist. Take one or two buds, break them into smaller pieces and put them inside the two crushing plates. Now, close the crusher plates and give twist it a few times. 4 or 5 times would be enough if your crusher is new and the buds are not too moist.

Once you believe that your weed flowers are crushed appropriately, take it out on a clean paper or a tray. You’ll need to manually skim through the stash to see any seeds or parts of broken twigs in it. Thankfully, if you’re using a good quality strain, the chances of finding such impurities are close to none. However, it is still better to double-check everything. If you find any seeds or other impurities, you need to take them out. After all, you wouldn’t want your joint to taste or smell bad during your session.

Step3. Smooth out the Crease

The next thing that you should be doing is preparing the rolling paper. This is one of the most important steps to rolling a perfect joint. Rolling papers usually come folded and packed in bundles. It means they have rigid crease marks, which can make the rolling process a bit difficult. In fact, if you miss out on smoothing the crease, you may end up with either a bent joint or a joint too thick at the base. To remove the crease, you can roll the paper in the counter-direction of the crease.

Once you’re done smoothing out the crease, sprinkle some stash onto the paper. Insert a mouthpiece, or commonly called in the communal lingo- roach, at one end of the paper. The roach should provide the necessary support to the paper when rolling. It is noteworthy that you should neither fill too much nor too little of the stash in the paper. Either of these two mistakes can ruin your joint’s perfect anatomy. Plus, you should also make sure that you keep the side that has gum on the outside so that it can be joined later on.

Step5. Roll it And Puff it

Lastly, when you believe that your paper is in perfect shape and have sufficient stash to support the shape, lick the gum on the paper. But make sure that you do not wet it too much, as it would hinder the lighting later. With soft yet firm hands, slightly push and roll the paper holding the stash in its position.

Voila! You have your perfectly rolled paper joint. Light it up and enjoy your smoking sessions.