Black Mamba is often feared as one of the most dangerous snakes in the world. Mostly because of its highly potent venom. But why are we discussing a snake? Well, surprisingly, there is a marijuana … 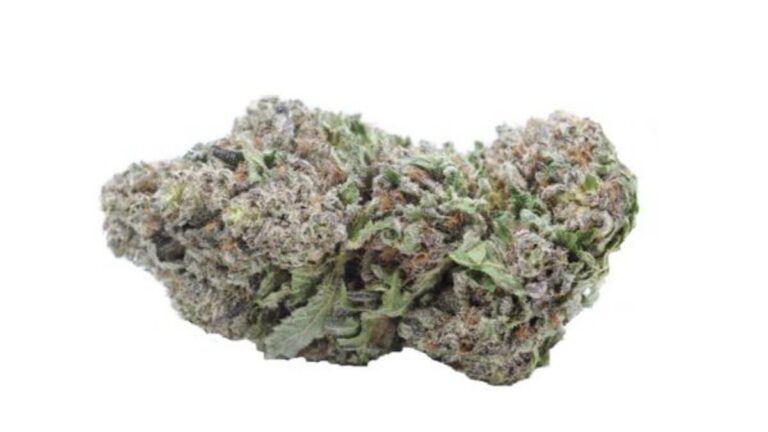 Black Mamba is often feared as one of the most dangerous snakes in the world. Mostly because of its highly potent venom. But why are we discussing a snake?

Well, surprisingly, there is a marijuana variety that has a lot in common with this snake. Not that it has any venom, but the fact that this breed is highly popular for its high potency.

The black mamba strain is often revered as one of the most flavorful and high-causing weed varieties available globally. It has an intense flavor with long-lasting effects. Notably, it is a hybrid believed to come from Grand Daddy Purple and Black Domina varieties, making it a highly Indica dominated weed variety.

If you’re looking forward to trying this strain, then this article is for you. Here, you shall find everything there is to know about black mamba weed. Starting from where it originated to its effects and how you can benefit from it, we’ve covered everything.

Let’s start without any further ado.

Notably, black mamba strain didn’t gain the rapport it has now, overnight. As already mentioned, the black mamba weed is believed to have genetic ancestors- Granddaddy Purple and Black Domina; both of which are highly Indica dominated varieties. The strain has an overpowering and overwhelming effect that it receives in parts from both its parents.

Although it is quite unclear when and where the black mamba strain first appeared, there are certain clues that it’s not very aged. For example, back in 2003, the Granddaddy Purple was first introduced and quickly made to the top of the ranks, becoming the poster child of all Indica strains. The rich grapy and gasoline flavors that black mamba has come from Granddaddy Purple.

The other parent, Black Domina, lends slumbery qualities to the black mamba. Besides, it also gives black mamba weed its distinctive color. It can immediately be identified due to its dark flowers and curly leaves of dusky shade. Often it displays a purple hue with dark greenish patches in almost equal proportions. The reason for its dark, distinctive colors lies in high levels of anthocyanin pigments.

The effects of black mamba

Since the strain is intensely Indica leaning, it has a relatively high THC content, somewhere between 13 to 25 percent. It helps detach the body from the mind while taking you into a state of total carelessness. In other words, it helps achieve a state of total carelessness. Perhaps it combines perfectly the qualities of Northern Lights and Afghani delivering a hazy, sleepy effect.

The flower buds emit sour-sweet aromas close to grape-like scents. Of course, you’ll be lured in by these aromas for repeated whiffs. With an earthy profile emerges a rich base of the pine. Thus, it hits hard, with a sudden pressure felt in the forehead and around the temples. Often the users report taking note of external stimuli that may otherwise go unnoticed. Besides, sights, sounds, and the sense of smell become more intense with every puff you inhale.

The black mamba can induce hallucinogenic effects, which are surely an enjoyable experience if you’re looking for diving into your own thoughts.

Are there any medical benefits as well?

It is quite surprising that a strain with highly dominated THC composition can have medical benefits for its users as well. There have been studies, reportedly, claiming that black mamba strain can help alleviate mild to moderate stress and anxiety. It can help you achieve a more conscious and mindful state, allowing you a clearheaded thoughtfulness. In fact, patients struggling with lucid focus have also benefitted largely from black mamba. Relieving the pain due to intraocular pressure it has also helped patients of glaucoma.

On this note, it is quite important to understand that this weed is not for the week of heart. Or the people with THC intolerance. Moreover, although the variety has very little benefits for the patients suffering from psychiatric ailments, it is still a good choice for the ones who seek an uplifting experience.

Black mamba weed strain is undoubtedly a great supply for seasoned smokers, but a newbie must be careful. It may take you through a bad trip unless you either consult with your doctor or consume it in the presence of a seasoned friend. Nevertheless, it is one of the best weed variety out there in the market.

THC Gummies: The delicious treats that are therapeutic too !!

How to dry cannabis: Incredible Guide (2020)